Markets were especially volatile last week.  Stocks rallied on Wednesday after Fed Chair Jerome Powell announced a less hawkish trajectory for upcoming policy meetings.  But, the relief rally proved to be short-lived, as markets fell sharply on Thursday and continued to decline on Friday.  The Nasdaq shed 1.5% for the week, and the Dow and S&P 500 declined 0.2%.  The losses briefly pushed the Dow into correction territory, down more than 10% from its recent highs.

The market faces a number of headwinds, including slowing economic growth, the recent rise in interest rates and the U.S. dollar, lockdowns in China, and persistent inflation pressure.  Perhaps the most prominent driver of last week’s volatility was escalating concerns on Wall Street about the Fed’s ability to navigate its tightening cycle and avoid recession.  “A recession at this stage is almost inevitable,” said former Fed vice chair Roger Ferguson.  “It’s a witch’s brew, and the probability of a recession I think is unfortunately very, very high because the Fed’s tool is crude, and all they can control is aggregate demand.”

Earnings season keeps rolling with companies including Electronic Arts (EA), Coinbase (COIN), Disney (DIS), Alibaba (BABA), and others set to report this week.  Investors will also be watching for the release of crucial inflation indicators for April.  Updates to the Consumer Price Index (CPI) and Producer Price Index (PPI) on Wednesday and Thursday, respectively.  Additionally, the preliminary May reading for the University of Michigan’s Consumer Sentiment Index will be released Friday.

Our team has its sights set on a few tickers this week, including one of the most rate-sensitive options available and an opportunity that provides exposure to the unstoppable potential of biotech’s most promising innovators. As investors navigate a volatile stock market, many are rotating into more defensive sectors like utilities, healthcare, and consumer staples which are necessary for all phases of the business cycle and tend to offer more stability as compared to growth and tech stocks.  Even better are tickers from these sectors that come along with a reliable payout.

First up on our list for this week is a high-yielding health-care focused real estate investment trust (REIT), Sabra Health Care REIT (SBRA).  Sabra owns and leases more than 400 senior housing and skilled nursing facilities throughout the U.S.

As you would imagine, occupancy rates at senior housing facilities took a hit due to COVID-19, which raised concerns about possible rent delinquencies.  But due to the essential nature of care facilities, the recovery has been swift.  Senior and skilled nursing occupancy rates bottomed more than a year ago and have steadily rebounded ever since.  In February, the company reported that 99.6% of forecasted rents had been collected since the start of the pandemic.

SBRA’s full-year 2021 investment activity totaled $419.4 million with a weighted average estimated stabilized cash yield of 7.6%, including the completion of the first tranche of the previously announced investment in Recovery Centers of America for $290.0 million at a 7.5% yield. 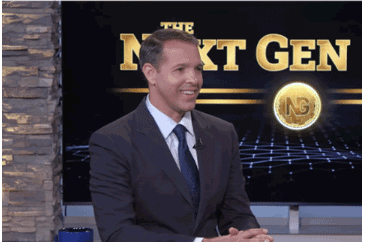 With the worst of the pandemic in the rearview,  this high-yield REIT is perfectly positioned to benefit from demographic trends that include aging baby boomers and increasing demand for care-based housing.

As one of the perennially most rate-sensitive banks out there, Comerica (CMA) is one to watch as the market adapts to a more hawkish Fed.

Until recently, Comerica’s management had only expected four 25 basis point rate hikes this year.  According to its annual filing, a 1% move higher in the federal funds rate would lead to a whopping 12% increase in net income interest over the next twelve months.  Considering the implications, the upside potential is undeniable.

Furthermore, Comerica has high levels of cash right now, which it will earn a lot more yield on as rates go up.  With roughly 90% of total loans in various commercial segments, many of its loans also have floating rates that will reprice higher with the federal funds rate.

One area of the market where stocks can be found to produce 10x, even 20x returns, regardless of what’s happening elsewhere, is biotech.  Looking at the performance of the past ten years, if the biotechnology industry were a sector, it would be the best performing one.  Over the past decade, biotech stocks have returned 524%. That beats every last sector, it beats the broader health care sector by 200 percentage points, and it’s nearly double the S&P 500’s total return in that same time frame.

There’s clearly money to be made in the discovery of new treatments for anything from the flu to cancer.  But biotech stocks carry substantial risk.  While positive data from a drug trial could send their stocks soaring, a setback or failure can crush their returns, making them difficult buy-and-hold investments.

For those looking for a long-term investment in biotech with less risk, biotech ETFs offer an answer.  Instead of betting on individual drugs or companies, an ETF allows you to spread out risk across dozens or even hundreds of firms at a time.

The Principal Healthcare Innovators ETF (BTEC) is a promising fund geared toward finding smaller, innovative companies that might get overlooked, focusing on active investment in early-stage R&D.

BTEC seeks out health care firms from the Nasdaq US Benchmark Index but excludes the top 150 securities by market size while also excluding companies with low trading liquidity.  How it identifies “innovators,” however, might seem a little unorthodox: Specifically, it seeks out “non-earners by means of having negative earnings over the prior 4, prior 8 or future 4 quarters at least half of the time.”  In other words, it selects companies with inconsistent or negative profits, the idea being that, for now, they’re pouring every last cent into R&D.

BTEC then picks the best-ranked 150 to 200 companies based on its scoring measures, then weights those stocks by size, with no stock exceeding 3% in rebalancing, which happens twice a year.  At the moment, Seagen Inc. (SGEN) is the top, holding at 3.5% of assets by virtue of its gains since the last rebalancing.  Seagen, currently best-known for its monoclonal antibody-based therapies for the treatment of cancer.

Should you buy Comerica right now?