Seeking out great stocks to buy is essential, but many would say it’s even more important to know which stocks to steer clear of. A losing stock can eat away at your precious long-term returns. So, figuring out which stocks to trim or eliminate is essential for proper portfolio maintenance.

Even the best gardens need pruning, and our team has spotted some stocks that seem like prime candidates for selling or avoiding. Continue reading to find out which three stocks our team is staying away from this week.

Off-price apparel and home fashion chain Ross Stores (ROST) tops our list of stocks to avoid after missing the mark for Q1 results and providing a bleak adjustment to their 2022 outlook.

Ross recently reported that it earned $0.97 per share from revenue of $4.33 billion, where analysts were looking for EPS of $1 and $4.53 billion in revenue. The company’s results were primarily impacted by the tough year-over-year comparisons, owing to last year’s government stimulus and pent-up consumer demand from the easing of COVID-led restrictions. Also, results were impacted by the inflationary pressures on consumers resulting from the Russia-Ukraine war. First-quarter operating margin of 10.8% was down from 14.2% in 2021, reflecting the deleveraging effect of the 7% same-store sales decline.

Barbara Rentler, Chief Executive Officer, commented, “We are disappointed with our lower-than-expected first-quarter results. Following a stronger-than-planned start early in the period, sales underperformed over the balance of the quarter. We knew fiscal 2022 would be a difficult year to predict, especially the first half when we were facing last year’s record levels of government stimulus, and significant customer pent-up demand as COVID restrictions eased. The external environment has also proven extremely challenging as the Russia-Ukraine conflict has exacerbated inflationary pressures on the consumer not seen in 40 years.”

It could be several quarters before the tides shift for Ross and other discount retailers. Recent data has shown that lower-income consumers are feeling the pinch from inflation more intensely than any other group. With their central demographic spending less, management cautiously adjusted the company’s forecast accordingly.

Looking ahead, Ms. Rentler commented, “Given our first-quarter results and today’s increasingly uncertain macro-economic and geopolitical environment, we believe it is prudent to adopt a more conservative outlook for the balance of the year. We are now forecasting same-store sales for the 13 weeks ending July 30, 2022, to decrease 4% to 6% on top of a very strong 15% gain in the prior-year period, with earnings per share projected to be $0.99 to $1.07 versus $1.39 in last year’s second quarter. For the 52 weeks ending January 28, 2023, we now forecast comparable store sales to decline 2% to 4% versus a 13% gain in fiscal 2021. Earnings per share for fiscal 2022 are projected to be $4.34 to $4.58 compared to $4.87 in the prior year.”

Telsey Advisory analyst Dana Telsey was one of several analysts to edit their recommendations for ROST after the call, citing execution missteps and macro headwinds for the downgrade. The company continues to face challenges across the supply chain while inflationary pressures weigh on the company and the consumer leading to a more conservative outlook. Incremental near-term pressure is likely as Ross looks to work through elevated inventory levels. We’re keeping our distance in the meantime.

A Return to Normal? PhD Economist: “Don’t Bet on It”

Americans who are hoping for a ‘return to normal’ are going to be shocked when they see what happens next in America.

She says, “If you’re betting your job, savings, or retirement accounts on a return to ‘normal’ you’re about to be left behind by a brand-new crisis few see coming.”

New York-based LivePerson, Inc. (LPSN) is best known as the developer of the Conversational Cloud, a software platform that allows consumers to message with brands. The company tops our list this week after Q4 financial results that point to a substantial slowdown in organic revenue growth that is unlikely to meaningfully improve until fiscal 2023.

Management signaled a shift in the growth strategy ahead to focus more on generating earnings in 2022 rather than gaining enterprise customers. The slower growth profile, powered by a steady return toward more normal in-person working trends, could translate into weaker earnings than Wall Street hopes for.

To that end, the company predicted sales in the first quarter of about $125 million, translating into a 16% boost. Revenue for the entire year will climb by less than 20% to about $560 million, whereas most Wall Street pros were looking for that 2022 sales figure to be closer to $600 million.

No less than nine firms downgraded LivePerson after the disappointing call. Among the analysts to revise their ratings was Evercore ISI analyst Peter Levine who downgraded LPSN to In-Line from Outperform and slashed the price target to $20, down from $75 following the company’s “sub-par results and a weak outlook.” 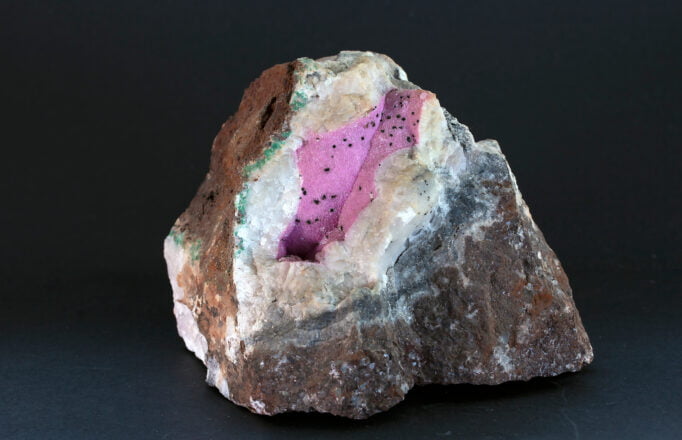 This $4 Stock Has The One Thing Every EV Battery Needs

It has the one thing every electric vehicle battery needs. Expert shares E.V. stock with the potential to create generational wealth this decade… [Full Story…]

The railroad industry faces several challenges threatening operating ratios across the entire sector, including a labor shortage, capacity constraints, and service issues. On Wednesday, the Association of American Railroads (AAR) reported a 3% year-over-year decline in weekly rail traffic, continuing an 8-week losing streak. These hefty cost headwinds will likely weigh heavily on Union Pacific Corp (UNP) and delay visions of recovery in the second half of the year.

Several analysts have downgraded UNP on execution concerns against a challenging macroeconomic backdrop moving into the second half of the year, including Evercore ISI analyst Jonathan Chappell. The analyst downgraded the stock to In-Line from Outperform, citing Q2 volume shortfalls and what he sees as a likely-to-be lower guidance reset.

Though rail equities still appear to offer relative safe-haven status, the cyclical sector is not immune to slowdowns in economic activity. UNP’s share price is down 15% in 2022. The downward momentum is likely to continue until headwinds abate.